After attending the workshop for farmer at EDEN Creation Care Initiative in April 2017, Mary Manga volunteered to cultivate a small piece of her land organically, she made no ridges but planted her maize seeds in holes. 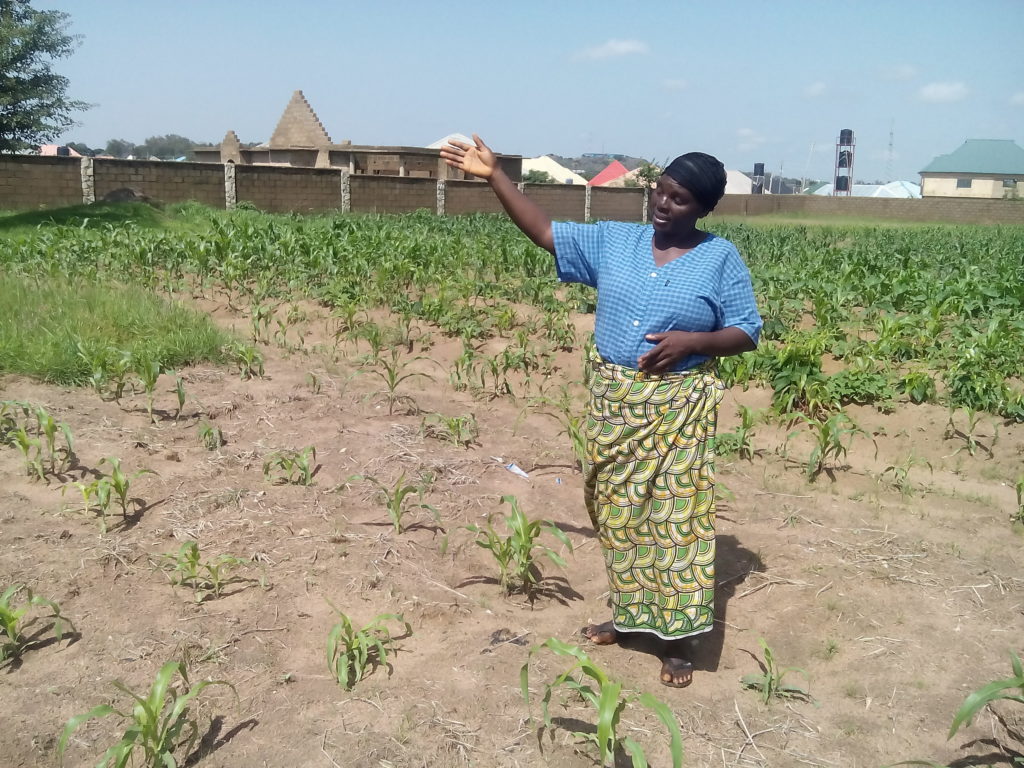 Despite the challenges she had faced which is normally experienced by farmers who decide to go into organic farming after a long period of using the conventional method, Mary is not discouraged but rather encouraged to still cultivate the same piece using the Farming Gods way Principle especially as she hopes to improve the soil quality of that land. 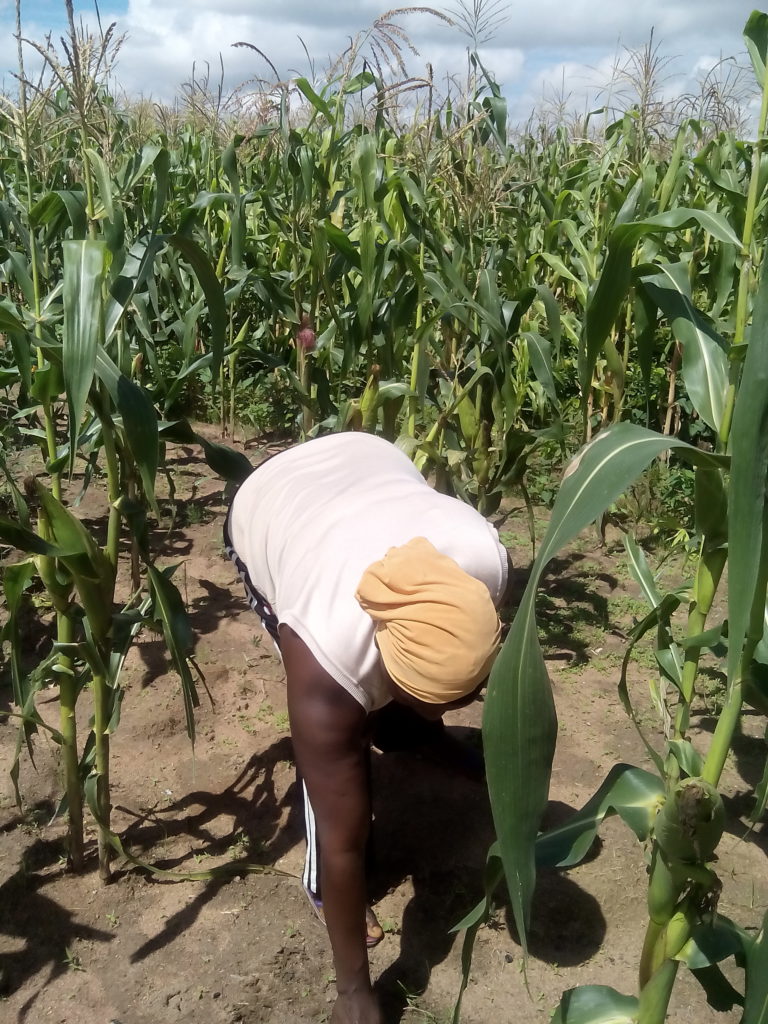 with her grown Maize plants

This was her comment: “Though it is a lot of work, I am willing to practice this same method on this same piece of land next year”

EDEN plans to follow up with her to encourage her especially in providing technical support and some resources like mulch from the fish farm.

The farmers workshop was funded by the French Embassy in Nigeria.